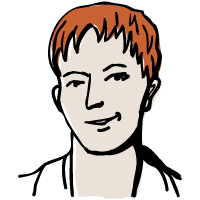 For years, I felt like I just wasn't getting things done around the house like I wanted to. I wanted a clean, tidy house, but it just seemed like my home wasn't as clean and organized as I wanted it to be. I realized that some of my tactics probably weren't great, so I started focusing more carefully on keeping things tidy. I started learning more and more about professional cleaning, and I was able to find an incredible business that offered professional cleaning help. They walked me through different cleaning jobs to teach me how to make things right, and it was really incredible. This blog is all about cleaning more efficiently.

When you have a fireplace, you have the responsibility of taking care of the chimney properly. If you don't, then you can possibly be putting everyone in your home at great risk. In the article below, you can learn some reasons why having your chimney swept is important from a safety standpoint, as well as other reasons why it is important to do.

Your chimney lets the smoke escape

If you have your fireplace going and the smoke isn't able to leave out of the chimney, it only has one other exit, and that would be into your home. When you have the chimney swept, any obstructions that could block the smoke from exiting will be found and removed. This prevents all that smoke from going right into your house where you and your family are. Not only would it pose a risk to everyone's health, but the smoke can also damage the home and your belongings.

Your chimney can become a fire hazard

When you use your fireplace, a sticky residue that's called "creosote" will be left in the chimney. The issue with creosote is that it also happens to be a highly flammable material. If you aren't having your chimney swept before you start using it each winter, then you run the risk of the fire catching that creosote on fire. This can result in the whole house ending up on fire. This is a major concern that you can prevent by having the chimney cleaned each year.

The chimney can end up having nests in it

Another thing you want to consider is that birds often end up nesting inside chimneys. They will bring all kinds of flammable materials to the location where they want to make their nest and weave it all together to form the nest. They can use things like twigs, fabric, pieces of plastic, wires, and any number of other things. If you light a fire in your fireplace while there is a bird's nest in it, then this can also cause a fire to erupt, quickly. This is another example of something that can be avoided by having the chimney swept.

Your chimney can have structural problems

As your chimney ages, things can begin to go wrong. When you have someone come out and sweep the chimney each year, they will be able to get a closer look at things than you do. This can help them see problems and alert you to them, so you can have them fixed.